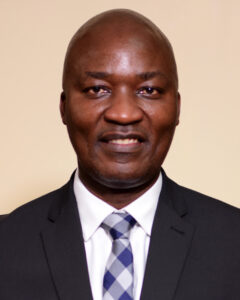 The Kenya International Sports Film Festival, Africa’s premier sports film festival has been touted to become a landmark festival in the region and globally.
According to the Kenya Film Commission Chief Executive Officer Timothy Owase, the festival, owing to its unique combination of sports and film will be among the world’s top film festivals in the next few years.
Speaking on video link during the opening ceremony of the 2020 virtual edition, Owase said that the festival, only started three years ago in 2018 is quickly growing by leaps and bounds and is only a matter of time before it becomes a world renowned annual event.
“The Kenya International Sports Film Festival is a landmark event and at Kenya Film Commission, we are proud to be associated with the event given the role that film plays in society cannot be underestimated,” Owase said.
Oawase said that as the head of the Kenya Film Commission, the government parastatal responsible for the promotion of films in Kenya, It gives him delight to see KISFF grow in the effort of merging Film and Sports, three years on. “I congratulate Safinaz Foundation for their commitment in promoting sports in Kenya and I am honoured that this is being done through a medium I am extremely passionate about, film,” Owase said.

“This festival is one that is growing very fast and I believe in the next few years, this will be a landmark festival in the region if not in the world because this is a special kind of film festival,” Owase noted.

“As we discuss about film and we connect it to sports, it should be understood that sports plays a critical role in life since we all want to be healthy and energetic and this is a great initiative that connects the two,” He added.
The film commission boss noted that it is through such forums that the country will be marketed as a filming destination and get investors to support the production of sports films.
As the Commission aims at developing, promoting and marketing the film industry, Owase lauded the efforts of KISFF in showcasing the untold stories of sports personalities who have excelled in international competitions noting that these stories clearly showcase the synergy between Film and Sports in the first and only Sports Film Festival in Africa.
Owase in his speech underscored the fact that indeed, there is a connection between Sports and Film in unifying and inspiring the society. Notably, the Commission recently re-introduced the Drive-In cinema concept and screened the London Marathon through this platform on a day that saw Kenyans of different walks of life celebrate Brigid Kosgei as she won the Women’s Marathon.
He said that Kenya has many untold stories of various heroes, especially in the Sports sector, who have displayed exemplary records and achievements in various sports disciplines locally and internationally. Through film, this festival brings out authentic accounts of emerging talents of men and women in sports as well celebrating sports personalities. Film offers the perfect opportunity to celebrate Kenyan and global Sports personalities who have, over the years, displayed exemplary records and achievements in various sports disciplines.
Owase also took to congratulate KISFF on being recognized by the Federation Internationale Cinema Television Sportifs (FICTS), an organization recognized by the IOC – International Olympic Committee (IOC) that promotes and spreads the development of the Olympic Values and the culture of sports through the actual use of sports images under the motto “Culture through Sport”. He noted that this will boost the production of sports films in the region.
“Film is the single most unifying factor globally. I am hopeful that this Festival will bring stakeholders from both Film and Sports sectors together to tell stories that can traverse the continents,” He concluded.