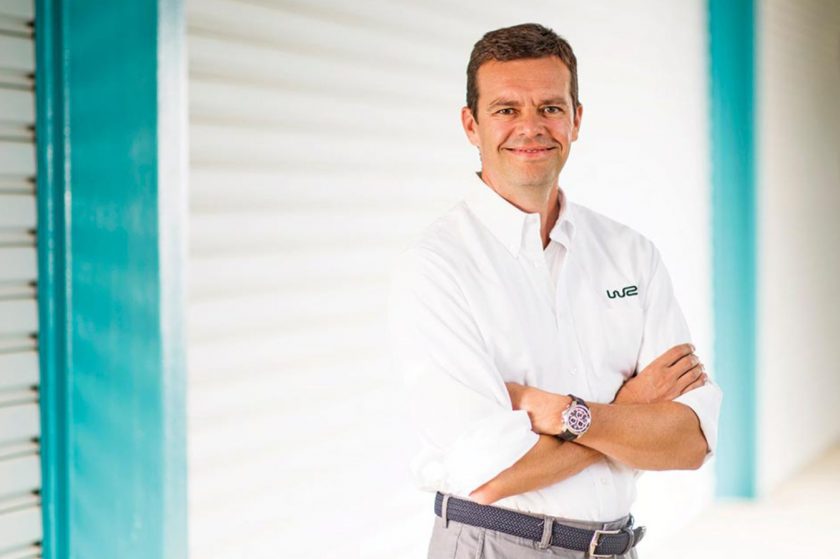 Promoter Managing Director started his four day Safari Rally observer mission with a very promising note to Kenyans.
“It is our desire to return the Safari Rally back to the World Rally Championship as soon as possible because the event is mutually beneficial to us,” said Ciesla at the start of the 2018 Safari which counts towards the Africa Rally Championship.
He said the WRC Promoter who is the media and commercial rights holder of the World Championship and in conjunction with the FIA decides hosts of the high profile series which has a global reach of over 150 countries.
Each event is watched by 65 million people and over 300,000 spectators watch live action. This would translate to the best forum to market host countries as tourism destination and in particular Kenya.
He added that it is the desire of the WRC Promoter to return to Africa and particularly re-admit the Safari back to the world championships 16 years after it lost this status. He was impressed by the commitment of the government and tenacity of the WRC Safari Rally Project CEO towards the Safari by the presence of high level government officials present at the flag off ceremony at the KICC.
Ciesla arrived in Nairobi on Thursday night and yesterday met the Cabinet Secretary in the Ministry of Devolution Eugene Wamalwa and acting Sports and Heritage Principal Secretary Farrah Malim at the KICC.
He later flew to Sopa Lodge service park in a helicopter to get a bird’s eye view of the scenic floor of the Rift Valley majestically beatified my Mount Longonot, Lake Naivasha, rolling hills and flower farms.
He had last year said that the WRC would benefit from a future Safari Rally as it is probably the most ‘tele-visually attractive event in the world.
Wamlwa who represented the Sports and Heritage CS Rashid Echesa who is in Cuba together with President Uhuru Kenyatta reassured Ciesla and Kenyans of the government’s commitment towards the Safari project as a legalized entity.
Kimathi said Kenya is committed to hosting a world class event.